Sewell H. MacDaniel was born March 20, 1891 in North Shapleigh to Samuel and Mary Emma (Tripp) MacDaniel.  At the age of eight he went to live with his grandparents, Mr. & Mrs. George Tripp in the old Kezar neighborhood of Parsonsfield where he grew up and attended school.


He worked in the Kezar Falls Woolen Mill and served as a York County deputy sheriff from 1934 to 1938 and as selectman in Parsonsfield from 1937 to 1938.

In July 1, 1939 Sewell became the 15th post master of the Kezar Falls Post Office where he served for 21 years.  During his term the post office was expanded from a third class to a second class office.   He retired March 31, 1961 at the age of 70.

Mr.MacDaniel was honored by the Kezar Falls-Cornish Kiwanis Club at their February 20th meeting at Norton Hall.  A letter was read from U.S. Senator Edmund S. Muskie congratulating him upon his years of faithful service. He was presented with a plaque inscribed “The Civic Clubs honor Sewell H. MacDaniel for his twenty-one years as postmaster.” and a sum of money given by the Kiwanis Club, 21 Club, Ladies Magazine Reading Club and Keswick Club.

Sewell married his first wife, Myrtle Taylor who soon died.  In November 11, 1925 he married Florence Davey of Prince Edward Island.  She died August 18, 1960.  He had one stepdaughter, Mrs. Gertrude Paasch who was caring for him at her home in Waltham, MA when he died April 26, 1962.
Posted by Patricia Turner at 10:42 AM 2 comments: 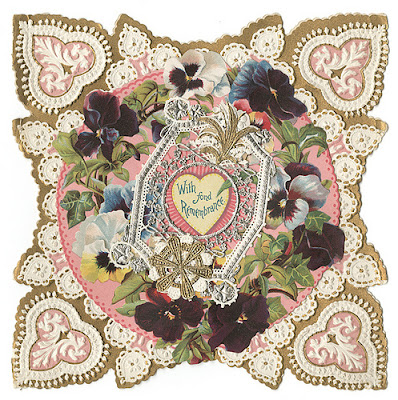 Everyone at PPHS wish you an historically
wonderful Valentine's Day!

Posted by Patricia Turner at 6:51 AM 7 comments: 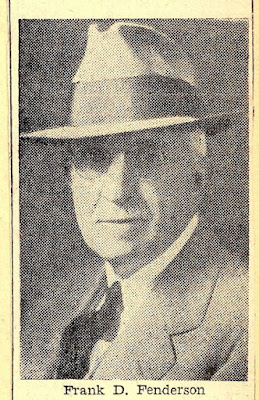 Frank Fenderson was a colleague of J. Merrill Lord and Harvey Granville, the two biographies presented last month. He was born in Parsonsfield, June 15, 1878, son of Nathan and Abbie (Brackett) Fenderson He graduated from Limerick Academy in 1896 and was a member of the first class to graduate from the University of Maine Law School and was admitted to the bar in September 1899. He had a law office in Limerick, Maine until 1904 when he was employed by New England Telephone & Telegraph Company. In 1908 he became a partner in the law firm of J. Merrill Lord and Fenderson in Limerick until 1912 when Mr. Fenderson became clerk of courts of York County where he served for 33 years. He was Judge of the York County Probate Court for two years prior to his death. Mr. Fenderson was also secretary and treasurer of the York County Bar Association and member of the American Bar Association and Maine State Bar Association.
Although Mr. Fenderson was a life-long resident of Parsonsfield, he sometimes lived during the winter months in Portland, Limerick or Sanford and was active in public affairs. He was a member of the Parsonsfield School Board, served in the Maine State Legislature in 1911 and during WW I he was a member of the original draft board.
He was also Interested in several business enterprises – was a co-founder and treasurer of the Sokokis Lumber Company in Kezar Falls, a director of the Limerick National Bank and president of Limerick Mills, to name a few.  Mr. Fenderson was a member of the masonic lodge in Limerick and a member of the Maine Chapter of Sons of the American Revolution, the Sanford Lodge of Elks, the Alfred Grange, the Portland Club, the Sanford Town Club and the Maine Historical Society.
He married Laura A. Jose of Newport, Maine in July 1905 and they had one son, Jose Webster Fenderson, born March 30, 1914. Frank Fenderson passed away January 10, 1949. His wife died in November 10, 1970 and son Jose on January 20, 2013. All are buried in the Cornish Cemetery.

Posted by Patricia Turner at 6:12 AM 2 comments: