An Easter Greeting from PPHS! 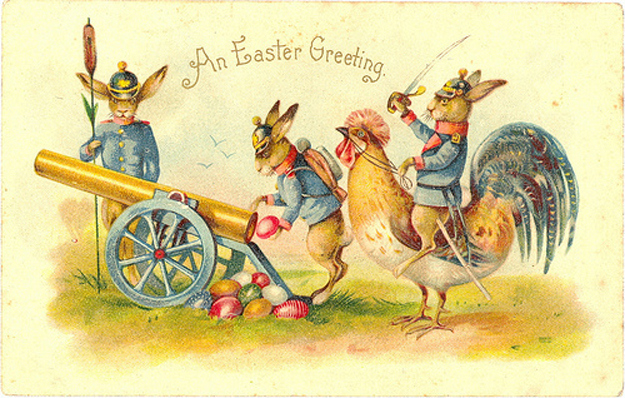 Wishing everyone a Happy Easter and a much anticipated spring!

(Remember: our first meeting will be later this month!)

MANY PHYSICIANS GOT THEIR START IN THE TOWN OF PARSONSFIELD 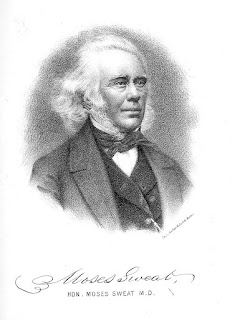 During the 1800’s there were 57 young men from Parsonsfield who chose to enter the medical profession.  Most moved on to establish practices in other towns and even other states, but that is an amazing number for arural town to boast about.   In addition to college and medical schools, it was customary at that time to study under the tutelage of a respected physician before starting their own practice.  Two doctors are credited with teaching the majority of them.
​
Dr. James Bradbury, the second physician to locate in Parsonsfield, was born in York, Maine April 27, 1772.  He obtained a good education and studied medicine in his home town. He settled in Parsonsfield in 1798, and soon acquired an extensive practice in which he continued more than 40 years.  During that period he trained 14 physicians.  In 1843 he moved to Windham to be near his only daughter and died there in Feb. 7, 1844.  One of his students was Dr. Moses Sweat who taught 19 new young doctors during his career of 50 years.
​
Dr. Moses Sweat was born March 18, 1788 in Parsonsfield.  He was determined at a young age to study medicine. According to the History of Parsonsfield, he had all the qualities of mind and traits of character desired of a physician including the requisites: “the eagle’s eye, the lion’s heart and woman’s hand”. He soon won and retained the richly deserved name and fame of being one of the best surgeons in the State.  He became a member of the Massachusetts Medical Society and received a diploma there in 1817, also one from Bowdoin in 1823 and one from Castleton, VT in 1840.

To perform surgical operations at that time period when anesthesia was unknown required fortitude which never failed him.  In fractures and dislocations he was most adept.  In capital operations he had no superior.  He rode long distances and his life was one of incessant toil.

He also served his town and state – in both branches of the Legislature, and was a member of the board of trustees of the Maine Insane Hospital.  He united with Rev. John Buzzell and Robert Blazo to help establish Parsonsfield Seminary and was ever a true friend and benefactor.

He married Miss Eliza Wedgewood of Parsonsfield in 1811 and they had seven children. Two daughters and a son died very young leaving four sons to live to manhood.  Sons, John B. Sweat, Moses E. Sweat and William W. Sweat studied under their father and became physicians.  Lorenzo D.M. Sweat became a lawyer.

Tragically, his son John B. Sweat died of typhoid fever Nov. 11, 1856 after practicing with his father for six years and was a crushing blow from which Moses never recovered.  His wife died in 1860.  Due to these terrible losses and advancing age, Dr. Sweat suffered a paralyzing stroke causing him to cease practice.  He died in 1865 at age 77.

Posted by Patricia Turner at 5:52 AM 2 comments:

A first sign of spring in New England is the sap running in the sugar maples signaling the beginning of maple syrup production.  This occurs about mid-February through mid-March when the day time temperatures are above freezing and the night temperatures go below freezing.

It is generally believed that the indigenous people of north eastern America were the first people to produce maple syrup long before any Europeans came to this country.  They made a slash in the bark of the sugar maple trees and gathered the dripping sap in birch bark buckets placed on the ground below it. They then boiled the sweet liquid over a fire until it thickened into syrup. 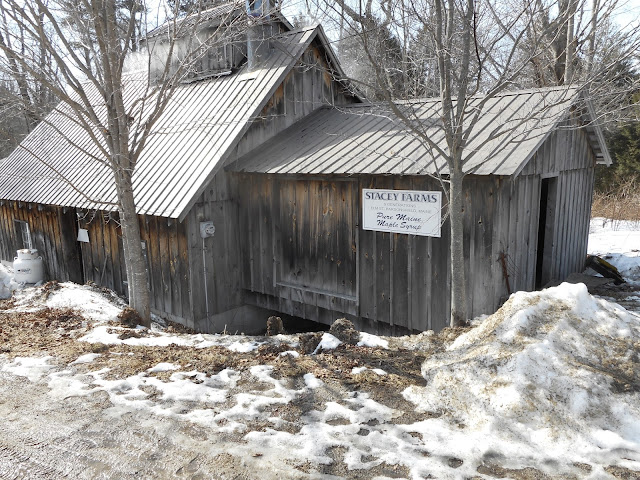 That is still basically how it is done today.  Except now the sap is gathered in buckets, or more often, through plastic tubing that runs from tree to tree which is collected in a large container near the sugar house/shack.  The long process of boiling the sap to make the syrup is done in large pans over a wood fire in the sugar shack.

There are sugar shacks all over New England. Many exist right here in our local area, both large and small producers, who make wonderful syrup and other maple sugar products.  Pictures below are of the Stacey Farms in Kezar Falls.  The Stacey’s have been making maple syrup products for five generations. 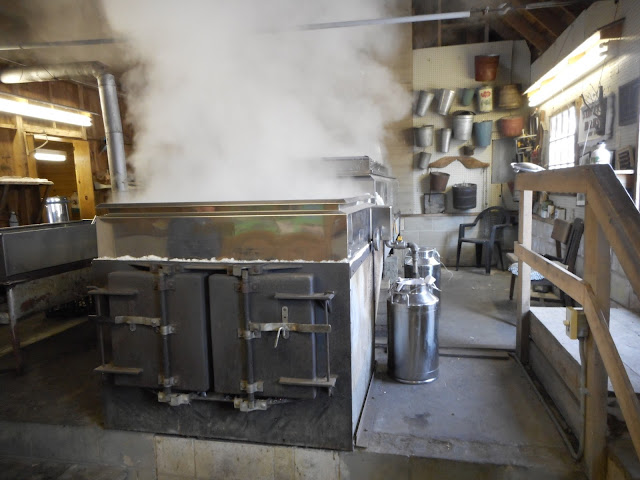 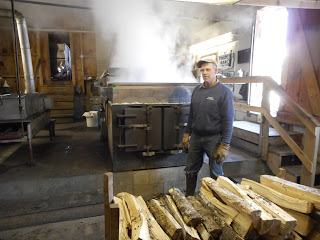 George Stacey boiling sap for the 2018 production of syrup.