Captain Tristram Redman moved himself and his family from Saco to Parsonsfield in 1815. He and his family took up farming – a distinct change from his former career.

Tristram Redman was born in Scarborough in 1770. At age 18 he took to the sea as a common sailor. Working hard and studying navigation, within three years he became shipmaster. Being a ships captain during these harrowing times brought many adventures. 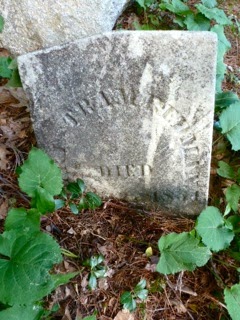 On December 5, 1799, he departed from Belfast, Ireland, heading for New York when his ship the Osiris was seized by the French privateer Le Bourgainville -- just off Cape Clear. Only Captain Redman and four of his crew, including a young cabin boy, were kept as prisoners on board. The rest of his crew was replaced by crew from the French ship, who had orders to bring the Osiris into a port in France or Spain.

When Captain Redman saw an opportunity to retake the ship, he and his crew did just that. According to stories passed down, the cabin boy played a key role. Captain Redman turned his French prisoners over to the British and continued on to New York.

At the age of 30 he married Hannah Burbank of Saco and they began their married life there. During the War of 1812, he suffered heavy financial losses that caused him to give up his seafaring life and move to Parsonsfield with his wife and, by then, three children. Captain Redman died in 1854 in Parsonsfield. His wife, Hannah died in 1846. Both are buried in the Town House Cemetery.

Posted by Patricia Turner at 6:08 AM No comments: 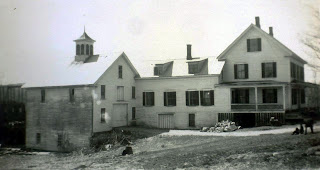 This homestead, located across the road from the Bennett/Penek house, is known as the Perry house. It is said to have been a boarding house at one time. The 1872 map identified the owner as C. E. Weeman. Charles E. Weeman owned several properties in this area including the former McIntire house at the corner of Merrill Hill Road and Middle Road.

In the 1950’s, it was owned by Gillbert and Alice (Peers) Williams. After Gillbert died, Alice married Bob Coleman and the couple continued to live in the house. The barn was destroyed in 1954 by Hurricane Carol. The next owner was Bob Meuse who called it “Shady Brook Farm”. 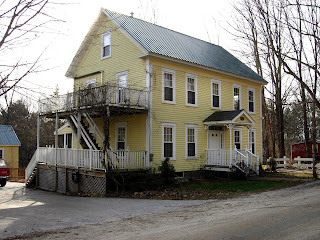 The Perry house at 771 Middle Road is shown here as it looks in 2013. The current owners are Jennifer Hagopian and Adam Cogswell. “Shady Brook Farm” appears on a sign over the front door.

There is still time to get your copy of the history of Parsonsfield, a town of many villages.  Stop by the town office to purchase your copy.

For a New Year's resolution, why not consider joining the PPHS and volunteering some time to keep History House open and active!  Click the tab above to see ways you can help.
Posted by Patricia Turner at 8:50 AM No comments: