We have a lot to be thankful for at History House!  It is that time we all look forward to, when we can welcome old and new friends to our annual Thanksgiving dinner.  Call Jan Iler at 625-7019 for a reservation so we can be sure there is enough to go around!

Here is a recipe from the historical society's 1947 cookbook.  I'll be posting other recipes during our "off" season.  Might be a fun way to while away the winter days...

Posted by Patricia Turner at 5:23 AM No comments:

Scrapbooking and Digital Collages to Preserve Your Family's History 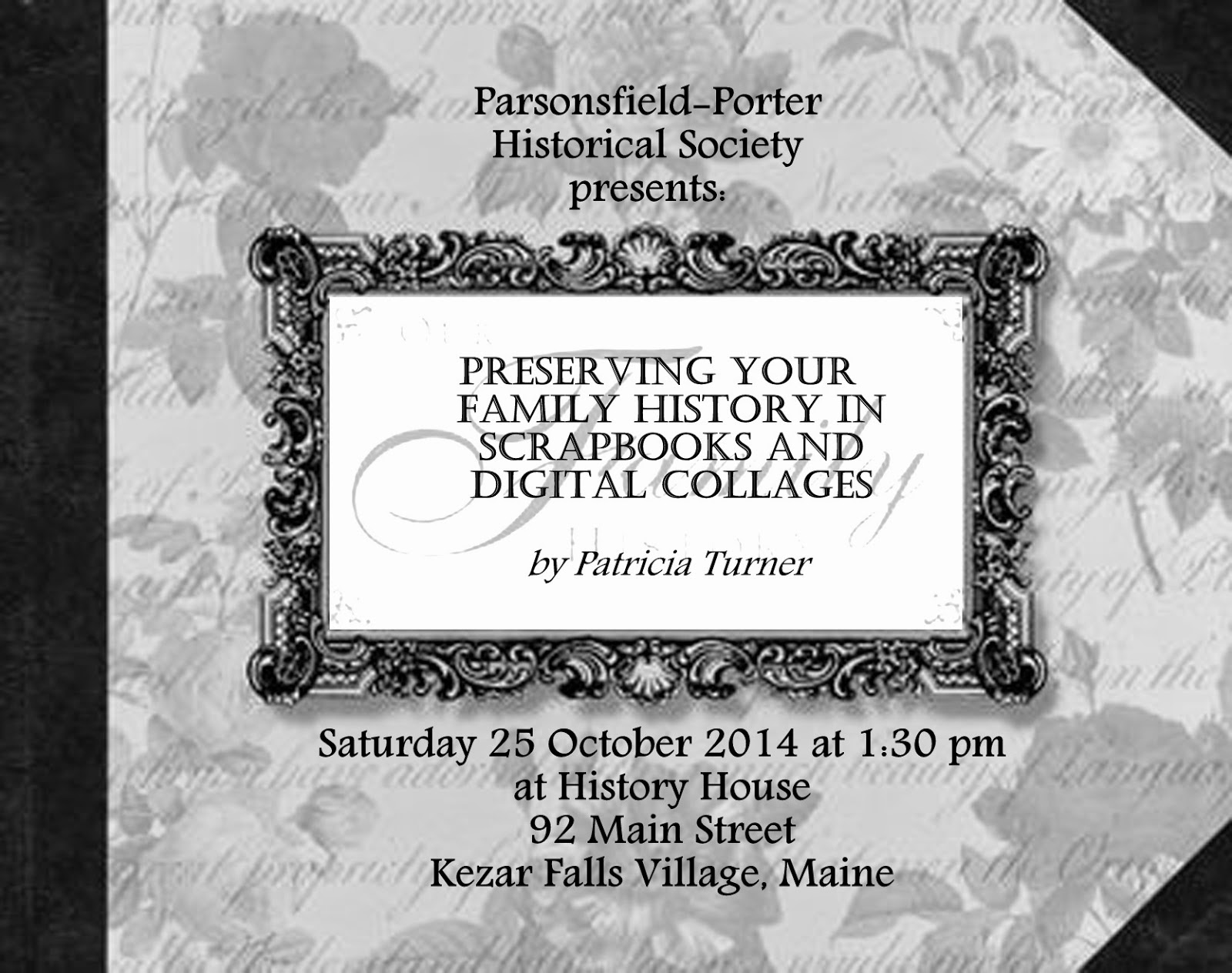 Digital is the way to go if you wish to preserve your family photographs, newspaper clippings and other memorabilia.   This presentation will give you a starting point to create beautiful digital collages to keep and share with family.  Presentation will begin at about 1:30pm after a brief business meeting.   Below is a page from my digital album... 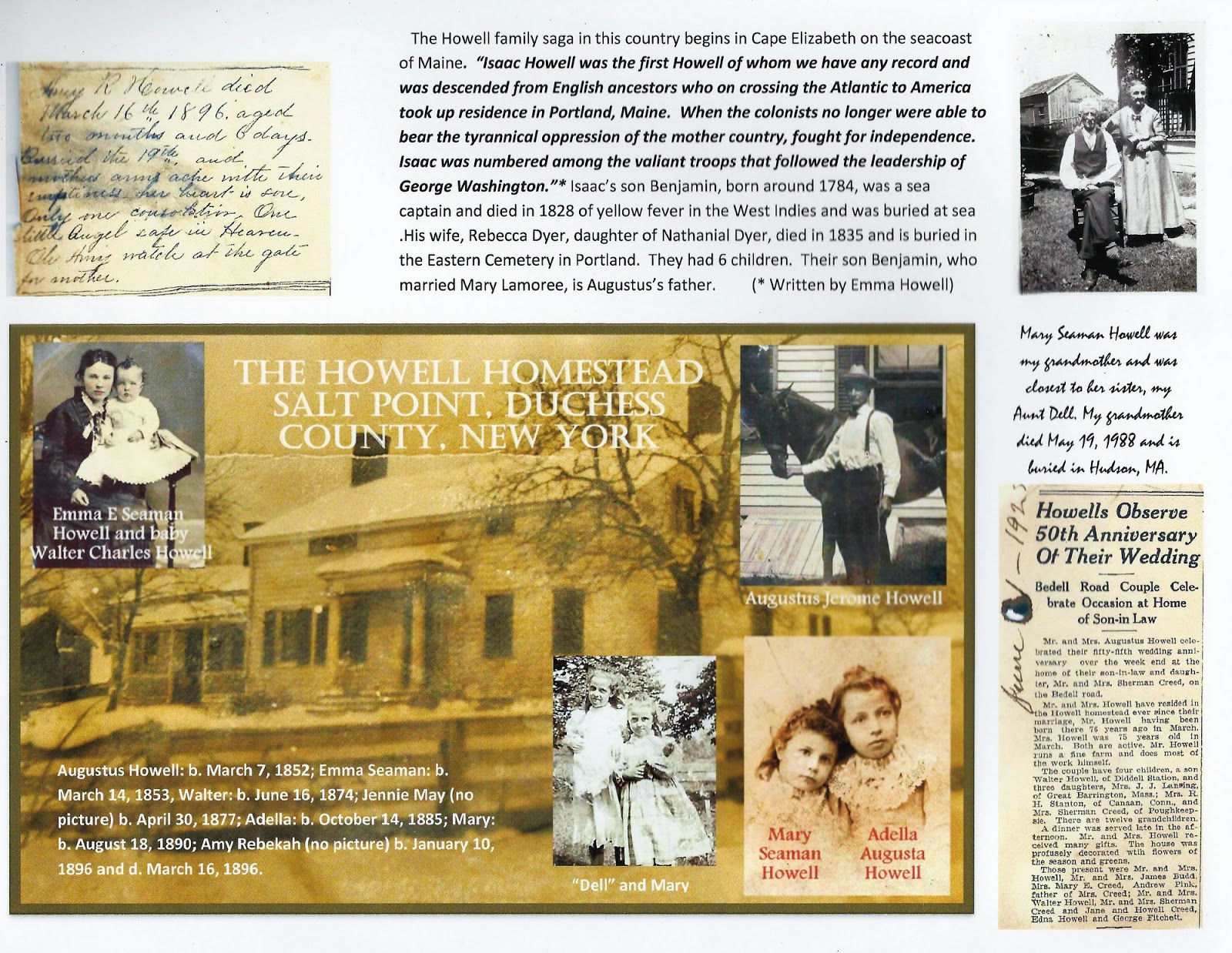 Hope to see you there!  It is the last business meeting of the season and we will be drawing the name of the winner of the beautiful quilt!

Posted by Patricia Turner at 6:35 AM No comments:

Cost: donations at the time of the tour will benefit the Parsonsfield-Porter
Historical Society.

Tour Guide: Peter Cyr - the present owner who purchased the property in Nov. 2013 and
Is in the process of extensive restorations.  Thus, it is very much a “work in progress”. 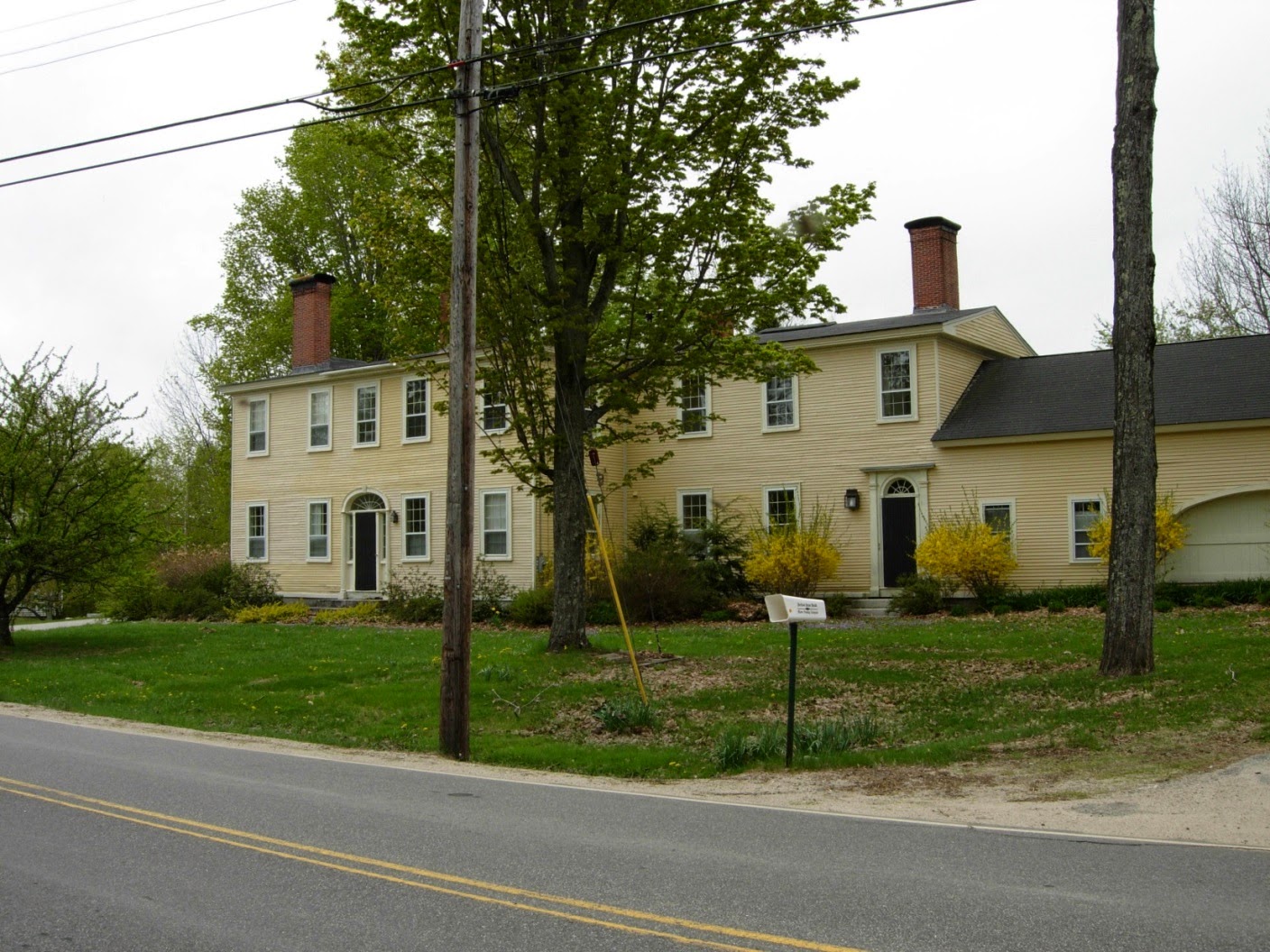 The Blazo-Leavitt house was built in 1812 by William Blazo, uncle to prominent Parsonsfield lawyer Robert Tibbetts Blazo. Oral tradition holds that Robert Blazo, as a young man of fifteen in 1812, and later aged twenty in 1817, had helped with the construction of his uncle’s house. Robert was bound out to William when his father, Daniel, died in an accident in1802.  Later, ownership passed to Robert and then to his two daughters and eventually to Susan (Blazo) Leavitt’s son, Robert Greenleaf Leavitt.  The property remained in the family until it was sold by Robert Leavitt’s daughter, Constance (Leavitt) Hanson in 1974.

This large two story house has five large brick chimneys, unique doorways and interior details.  What is now the large ell was built in 1812 and the main house built in 1817.  It was placed on the National Register of Historic Places in 1982.

Robert Tibbetts Blazo began his career as a schoolmaster, went on to become a lawyer and was an influential resident of Parsonsfield.  He conveyed the land and was instrumental in establishing Parsonsfield Seminary located across the road from this house.  (For more details check Wickipedia on the internet.)

Posted by Patricia Turner at 5:59 PM No comments: