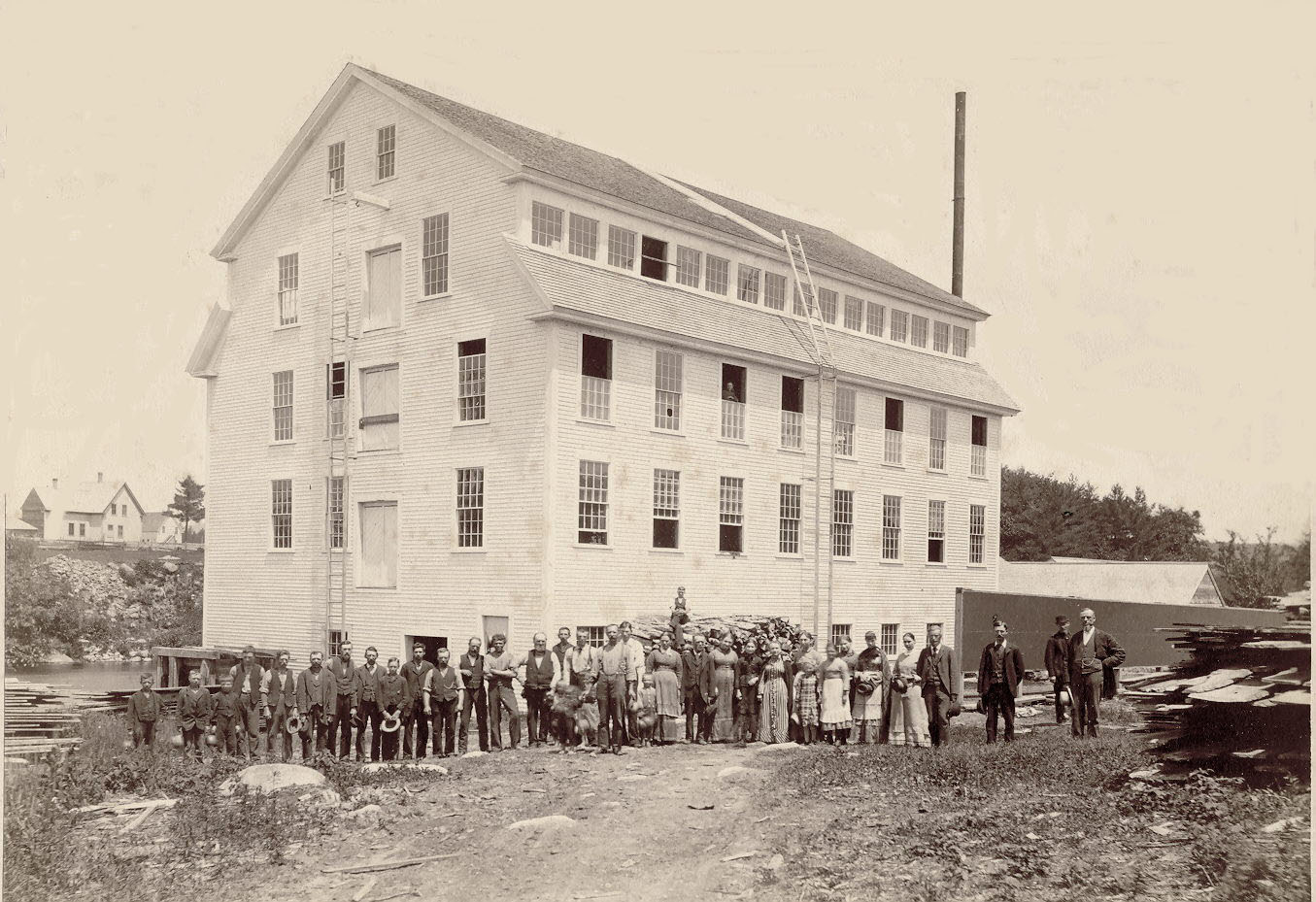 Bruce Harvey has completed a series of black and white photographs of the Kezar Falls Woolen Mill.

This photograph is of the original mill, before the addition of 1926.  You can view his wonderful images at this site:


History Through
the Lens

Posted by Patricia Turner at 6:43 AM No comments: 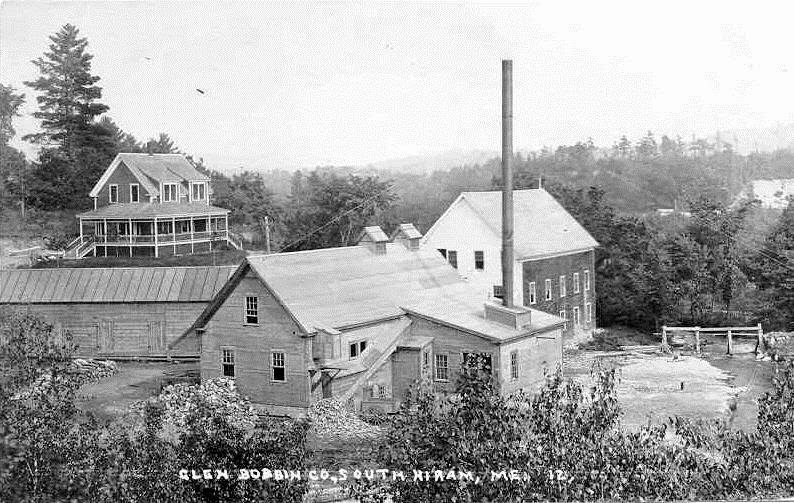 In 1964 Dr. William Teg’s History of Hiram stated: “The chief industrial attraction of South Hiram village was for many years the Glen Bobbin Mill which at present is inactive.”

It was organized in 1918 by Carleton T. Fox and his brother, Charles G. Fox near the site of an earlier shingle mill built by Milton Smith for Eugene Stanley.

The mill employed 20 to 25 people and produced wooden bobbins and spools for the woolen and cotton textile industry for 41 years. In 1941 a fire destroyed the main mill and had to be rebuilt. It was liquidated in 1964. The owner in 1983 was David P. Wurtz. Today it sits idle and unoccupied.

The Glen Bobbin Mill shown here circa 1950’s. The house on the hill behind the mill was once belonged to Melvin Smith, later Charles Fox. James and Charlotte Black lived here for many years and it is still owned by the Black family.