First Meeting of the Season...

Before your schedule gets all jammed up, make a note that the first meeting of the historical society is Saturday, April 26 at 1 pm at the Porter Town Hall.  A quorum is needed to elect officers so please try to attend.

You can access the full scedule of meetings, open houses and fund raising events in the page links above.  There are a lot of great events planned this year so hope to see you there!

Posted by Patricia Turner at 7:24 AM No comments: 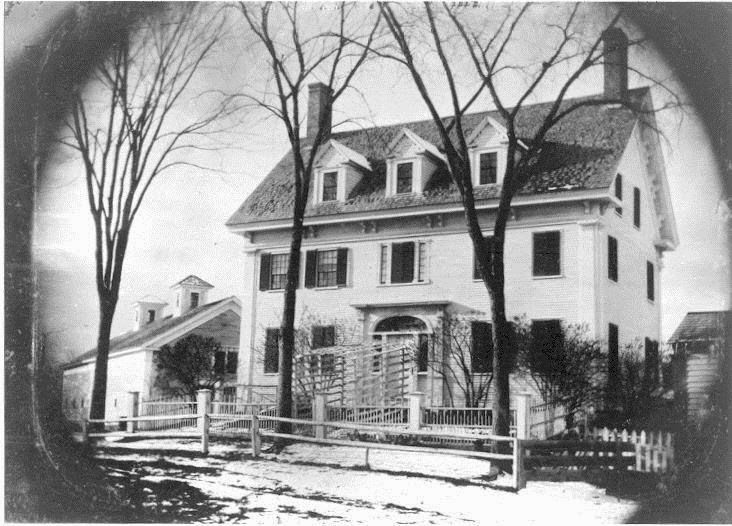 This stately house, shown here in a circa 1890 tintype, is located across from the present day post office at the intersection of Short Street and Route 25 (Ossipee Trail) in Porter Village. It was once a wayside inn with a public hall/ballroom on the top floor. It is often called the William Stanley House as identified on the 1856 map. Also, it was known as the Hadlock House for the family that owned it in the 1920’s & 30’s. However, the house is much older than we originally thought.

With extensive research, Sandy Howe found that as early as 1801 James Coffin, Esq. held a deed for this location, including a dwelling house, on the county road and within lots #1 and #2 in Range A. So, the history relating to town meetings that were held at his home from 1807 – 1812 fit the use of the 3rd floor. 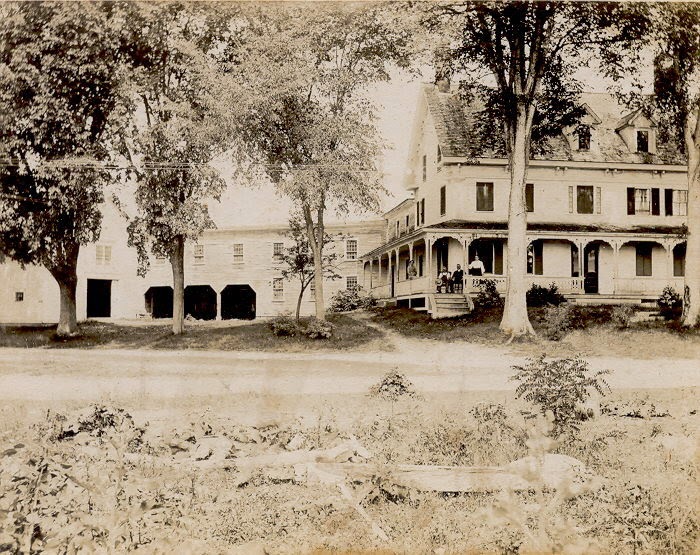 Coffin sold it to William Towle, Sr. in 1809 and bought it back in 1823. His widow and children continued to live there until 1834. It was then sold to John S. Wedgwood and then Meshach Pike and pieces of the original 100 acre lot were sold off. When Meshach sold it to William Stanley in 1854 it contained only about 1 acre of land with the homestead.

There were other owners before the Hadlocks. Robert MacDonald purchased it from the Hadlocks about 1948 and sold to it Marcel Gagnon in 1988. It sold again to the Whittemore family about 2011. The barn and out-buildings have been gone for many years.

The historical society's opening meeting for the 2014 season is April 26 at 1 pm at the Town Office in Porter.  Mark your calendar and try to make this the year you make local history matter in your life!  All help, large or small, can make a difference in keeping our local history alive.
Posted by Patricia Turner at 11:03 AM No comments: