On Saturday, June 1, 2013 the historical society will open its new exhibit - Our Old Curiosities.  We've rummaged through closets and attic to bring out our most interesting objects, many of which have never been exhibited before. 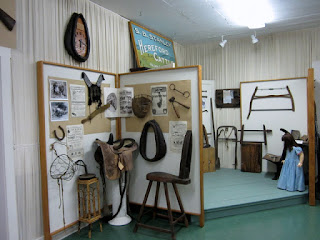 From a coconut mailed to a resident in Kezar Falls in the 19th century to the jaws (complete with three rows of teeth!) of a shark, there is something in this exhibit for the whole family.  You will be both amused and puzzled at this collection of diverse artifacts.

So after you visit the Lilac Festival, head on over to History House and prepare to be delighted!

Posted by Patricia Turner at 7:40 AM No comments:

All for the Union: the Role of Women in the CIvil War- presentation at History House 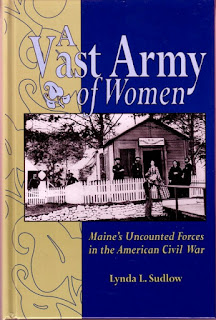 In our on-going effort to commemorate Maine's participation in the Civil War, the Parsonsfield-Porter Historical Society will host a presentation by author Lynda Sudlow in which she will discuss the Maine women who served the Union in the war.

If you thought the Civil War was fought only by men, think again!  Nurse, agent, soldier, spy  -- to say nothing of all the home front efforts -- women played many critical roles during the war. Our featured speaker, Lyn Sudlow, will be sharing some of their stories with us at our meeting on June 22 as we commemorate the sesquicentennial of the war.  Lyn, author of A Vast Army of Women : Maine's Uncounted Forces in the American Civil War is a researcher, historian, and resident of Parsonsfield.  Books will be available for sale and signing.

Posted by Patricia Turner at 10:53 AM No comments:

The SIlk Industry in Maine... 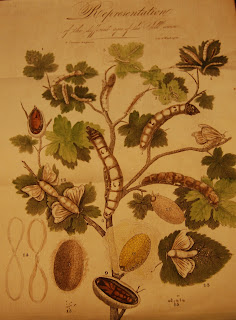 During the years 1825-1845 a mania for all things silk enthralled the nation.  It found a local connection in Hiram, Maine which sought to capitalize on people's fascination for this beautiful fabric.
Sally Williams of the Hiram Historical Society will present an illustrated talk on this fascinating, albeit short-lived; industry in southern Maine.
Nancy Greenleaf will show how silk is made by hand in the villages of India from her travels there.

Don't miss this fascinating presentation on:


Saturday, May 18, 2013
at the History House in Kezar Falls.
Presentation will follow our short meeting at
1:00 pm.
Posted by Patricia Turner at 6:00 AM No comments: