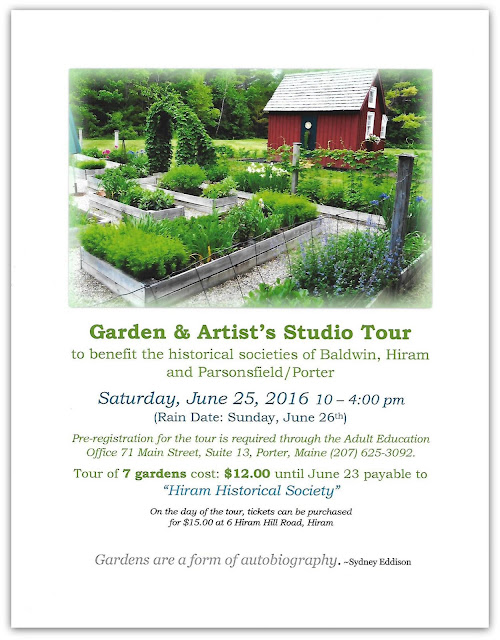 It is not to early to think about spring!  There will be a garden and artist's studio tour that will benefit area historical societies...Baldwin, Hiram and of course PPHS.  There are seven lovely gardens and many have an art connection as well.  This is an excellent chance to support the work our small historical societies do to keep local history alive and get some gardening ideas for your own yard.  More information and photographs will be posted later so stay tuned!

Posted by Patricia Turner at 6:18 AM No comments: 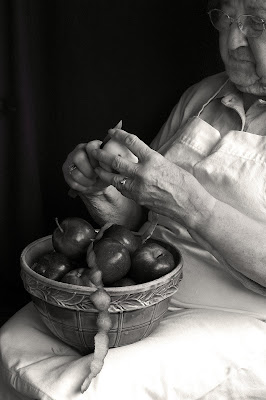 Tomorrow will by Dorothy Locke's 95th birthday and we at the PPHS want to wish her the very best.  Dotty had a recent fall and is recuperating at the Pine Point Center.  I am sure she would really appreciate a card so here is her address:

Dotty was the PPHS treasurer for many years and has always been a strong supporter of History House. We hope you will take the time to wish Dotty a Happy Birthday! and speedy recovery!  She would love to hear from you!

Dotty lives in the Jesse Bickford house where generations of her family have live.  Her family were some of the earliest settlers to this area. 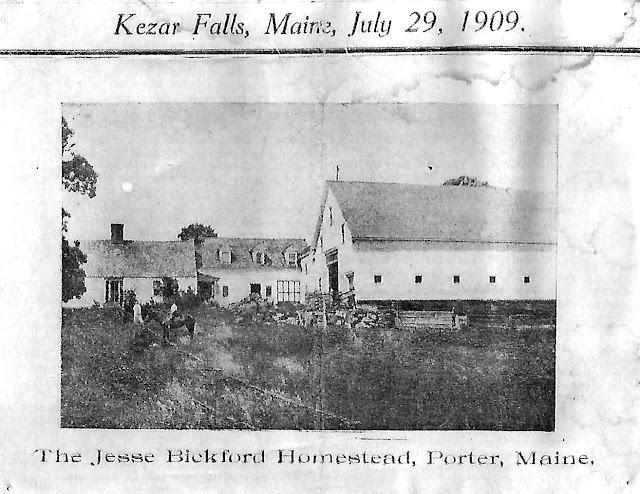 
A LOCAL COUNTRY DOCTOR’S SOLUTION
TO WINTER IN MAINE 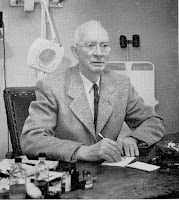 It is common knowledge that doctors, especially country doctors, used to make house calls routinely to treat their many patients. Although they had an office, it was expected in most cases that the doctor would go to the patient at all hours and regardless of the weather. This was true well into the 1940’s.

Dr. Magnus Ridlon of Kezar Falls was no exception. He practiced here for over forty years beginning in the horse and buggy days. When automobiles became available he was one of the first to buy one in this locality. Traveling in the winter on country roads was difficult and sometimes impossible. Dr. Ridlon’s solution was the vehicle shown below – an early version of a snow mobile. 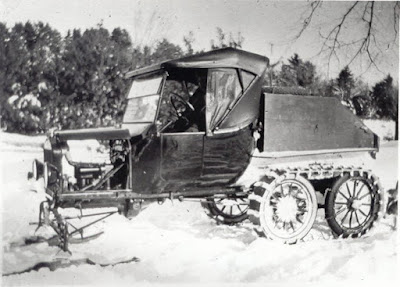 Dr. Magnus G. Ridlon was born in Freedom, New Hampshire Dec. 13, 1880, the son of Walter H. and Carrie (Wakefield) Ridlon but his family came early to Kezar Falls, Maine where he lived most of his life. After graduating from Bridgton Academy in 1902 and Bowdoin Medical School in 1907 he served an internship at Maine Eye & Ear Infirmary in Portland, Maine.

He married Adelia Turner and returned to Kezar Falls to set up practice and served this community for more than forty years. They had one daughter, Edythe who married Merle Day. The house where Dr. Ridlon lived and had his office still stands on Elm Street at the end of the bridge on the Parsonsfield side of the Ossipee River and is the residence of his son-in-law, Merle Day. Dr. Ridlon died July 20, 1950 at the age of 70.

Do you have any special memories of winter in Maine?  Add a comment and share your story.


Posted by Patricia Turner at 12:17 PM No comments: