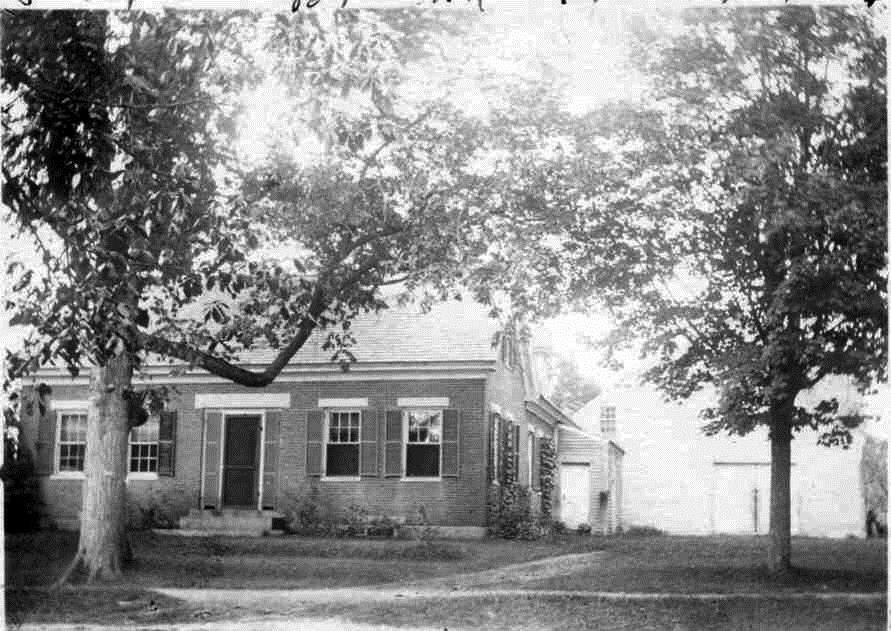 The charming brick house on Federal Road was built by Elias Newbegin in 1840 and is one of the oldest houses still standing in Kezar Falls Village. The photograph on the right shows how it looked in 1907.

Thomas E. Fox and his wife Martha (Gerrish) Fox left their 200 acre farm on Kezar Mountain Road and moved to this house. Herman, one their four children, was born here in 1871. Herman married twice. He and his second wife, Florence had three daughters, Theda and twins Manda and Beatrice.

The house remained in the family occupied by his widow Florence and unmarried daughter Manda until after Florence’s death in 1978. The house finally passed out of the family in 1979 when it was purchased by Richard and Gay Winkler.

They turned it into an apartment with office space in the front. Manda Fox was an active member of the Parsonsfield-Porter Historical Society. She died in 1987. Manda’s twin sister, Beatrice (Fox) Peterson, moved away and just recently died (3/3/2014) at the age of 104.

Next month a new season at the historical society begins! Stay tuned for this years schedule updates and please consider ways you might join in the conservation/exhibition efforts.

Posted by Patricia Turner at 5:41 AM No comments:


In the late 1800’s and early 1900’s many people, with the means to do so, looked for opportunities during the summer months to leave the hot and humid cities of New York and Boston to live for a while in the clean fresh air of rural Maine and other New England states. 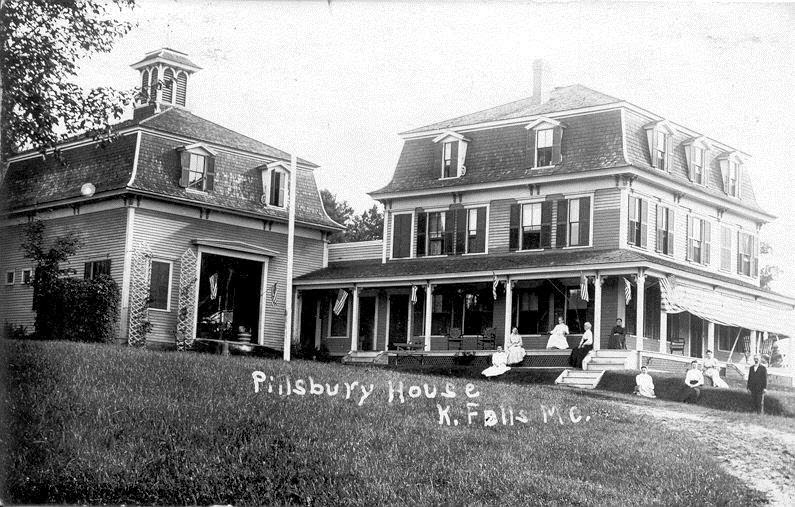 Some went to working farms who rented their extra rooms during the summer to these visitors.  Others went to summer boarding houses built just for this purpose.

The “Pillsbury House” was built in 1882 by the three sons of David and Sarah Pillsbury as a summer boarding home.  These three young men also had successful businesses in Boston.  It was popular among out-of-town visitors and operated until 1911.

Many activities were planned during the summer months to entertain the visitors and of course they could take advantage of the local rivers and lakes for swimming, boating and fishing.  “Pillsbury House” later became a two family home occupied by Mr. and Mrs. Frank Shaw, a local barber, and their daughter’s family.  At one time the McGraws lived here.  Most recently it was the home of Lory and Madeline Libby who have since passed away.

Today it is for sale – still a lovely stately white house on the hill overlooking the river.  It is located on West end of Elm Street on the edge of Kezar Falls Village.  As you can see it sits on a rise above the street and faces the Ossipee River.  At the time Pillsbury House was in business it was all open across the street down to the river’s edge.

Posted by Patricia Turner at 4:00 AM No comments: