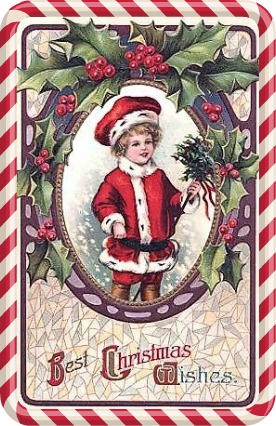 ...and an historically happy and healthy New Year!

Posted by Patricia Turner at 5:30 AM No comments: 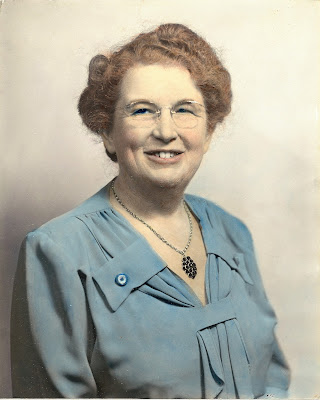 She graduated from Porter High School in 1908 and taught at a one room school house in Porter for a short time before attending the New England Conservatory of Music.    In 1925 she married Frank W. Emery who died in 1929.   Ina continued with a career in music, both as a teacher and soloist.  She taught music in Maine and New Hampshire Schools for 36 years including a 22-year stretch in the Saco School System.

At various times she was the soloist at churches in Kennebunkport, North Conway and Saco.    While a teacher, she was actively involved in the Saco Teacher’s Association and was a delegate to the National Education Association Convention in Chicago in 1940.  Upon retirement in 1962 she returned to her home in Kezar Falls.

Mrs. Emery was the prime motivator behind the formation of the Parsonsfield Porter Historical Society in 1946.  She was elected as its original president and held that office until 1979.  She launched the drive to purchase the society’s museum in 1955 to become know as “History House”.  The house was originally built by her father, Preston J. Stanley who owned it from 1888 to 1894.  She was a true historian collecting and compiling historical and genealogical data as well as artifacts and furniture for History House.
Ina was very active in her church wherever she resided including the Kezar Falls Riverside Methodist Church where she organized the Fidelis Class.  Ina’s friend and companion of 40+ years was Margaret Strout, who shared her love of history and many interests.   Ina passed away December 25, 1987 at the age of 95.

Posted by Patricia Turner at 5:10 AM No comments:

This post begins a series which will highlight notable people from Porter and Parsonsfield. 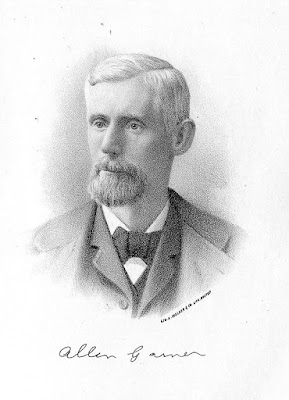 Mr. Garner was an outstanding businessman who played a major role in the development of this area and was interested in everything that pertained to the civic welfare of the community. One of his many contributions was toward building the Kezar Falls Circulating Library.

He was born in Bedford, England, November 9, 1848, son of William and Amelia (Ashton) Garner, one of eight children. His father died in 1848 and in 1854 his widowed mother with her 20 year old son John, 12 year old son Allen and 8 year old daughter Regina, came to Middlebury, Vermont to live with relatives. The following spring they moved to Lewiston, Maine. Deprived of his father in early childhood, Allen was obliged to go to work when quite young. He began work in a factory in Lewiston and learned the woolen mill business.

By 1866 he bought and sold a small mill of his own and continued to buy, run and sell small mills until 1881. In the spring of 1881 he came to Parsonsfield, Maine and organized the Kezar Falls Woolen Company that was started by George W. Towle and Elisha Fox for the manufacture of woolen cloth. Under his direction as Superintendent and Agent the mill became a very successful enterprise, largely due to his experience and expertise. In 1894 he was appointed Treasurer of the mill, and became part owner.

His business operations were not limited to manufacturing alone, but extended into the world of trade. In 1893, he purchased the general store in Kezar Falls of George W. Towle which he placed under the management of Preston J. Stanley.

He was an active member in the Masons, Odd Fellows and Knights of Pythias and served as a trustee of the Riverside Methodist Church. He was a prominent member of the Republican Party and served in the State Legislature for Parsonsfield, and Newfield in 1895 and 1896. Mr. Garner was held in high esteem by his friends and colleagues.

Posted by Patricia Turner at 5:52 AM No comments: