Remembering my Father on Valentine's Day... 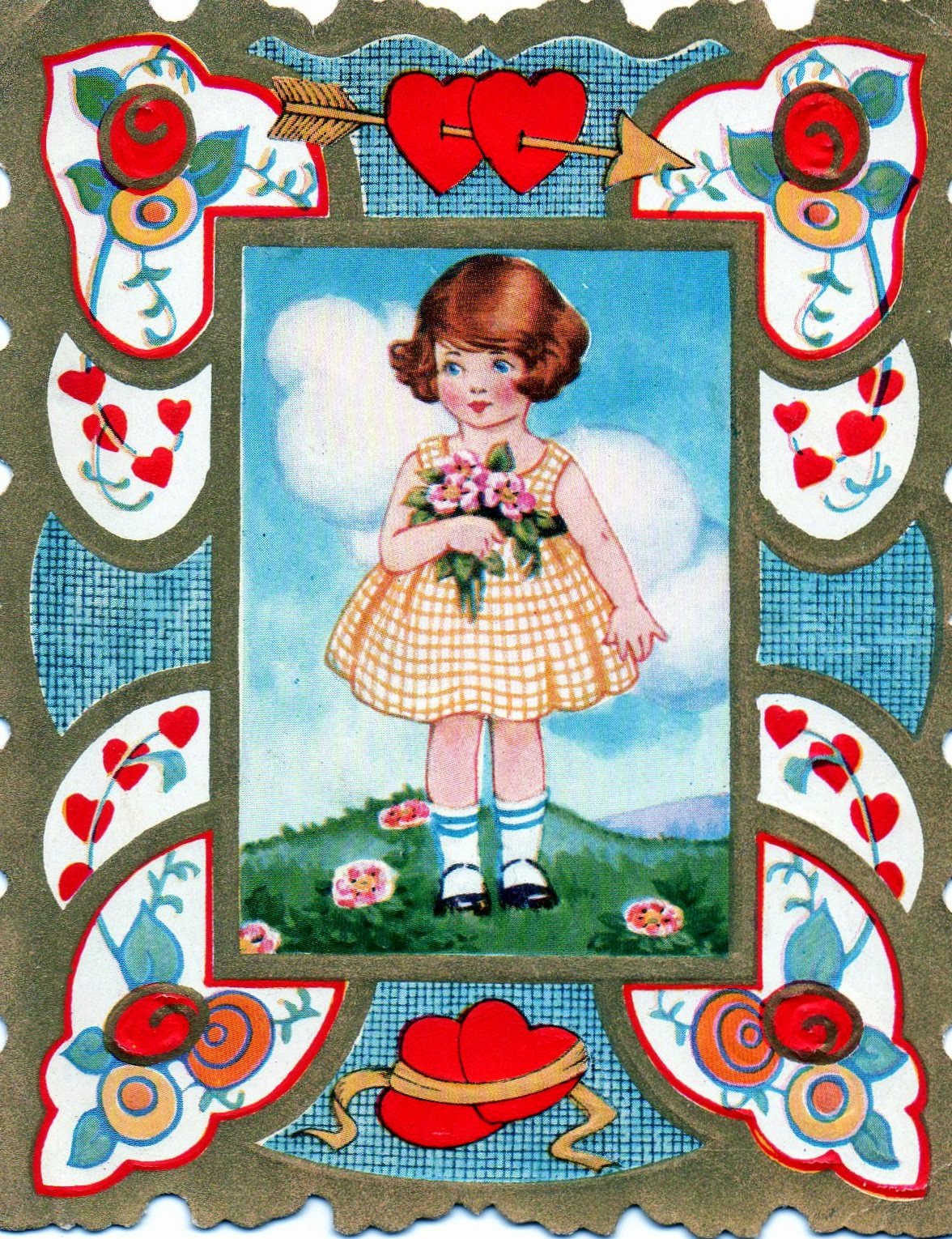 Lloyd Trueworthy, my father, was born in 1920 in Porter, Maine.  He attended local schools and spent his childhood days on the farm owned by his parents  Harry and Minnie Trueworthy. He spent his younger years working closely working with his father learning  how to cut and pack  ice from Trafton Pond, growing  vegetables and raising animals that were sold to the local stores. Lloyd  and his wife Isabel bought their own farm in 1947 located on the Brownfield Road.  After his father's death in 1952  Lloyd took over running the farm where he continued to raise vegetables and sold milk to the Elm Row Dairy. Vegetables, milk and eggs were all sold to Camp Hiawatha (now The Maine Teen Camp) in the summer months. 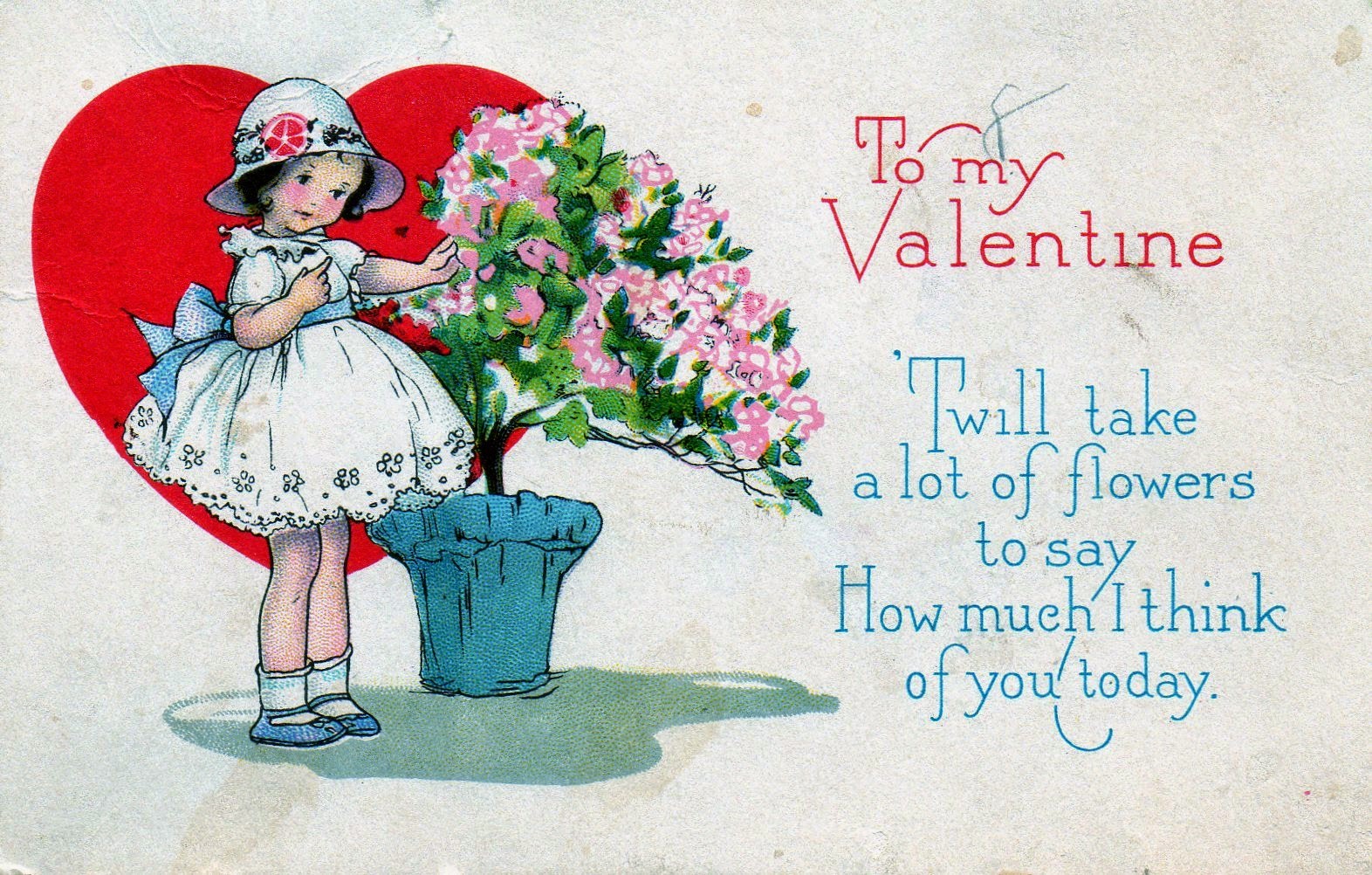 Lloyd and Isabel raised five children who in turn helped work on the farm. Arlyn, Ken and Larry still talk about  getting up early in the  morning  going to the barn with their father  to milk the cows and do the chores before getting on the bus at 7:00.  Lloyd used his oxen to cut wood and then sold firewood to the local residents. He was known as a Jack of All Trades. He made his own ox yokes  and ox gourds. He even made the rings and pins for the ox  yokes in his  Blacksmith Shop. Lloyd was well known at Fryeburg Fair where he pulled his own oxen every October.   He became skilled at dousing for water when locals were digging a well. He and Isabel  continued to live on the family farm until his death  in 1980.

These Valentines belonged to Lloyd Trueworthy and are now in the possession of his daughter Sylvia.


Posted by Patricia Turner at 6:00 AM No comments:

In the thick of it all: Parsonsfield’s Captain Silas Burbank and the Revolution 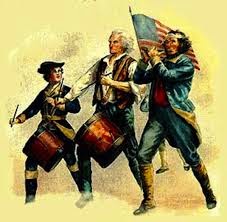 By 1775, Silas Burbank had already proved he was a political activist set against policies imposed on the colonists by the British King.

Born in 1738 in Newbury, Massachusetts, in 1766 he was a resident of Scarborough and was among the “mob” that participated in what is called the “King Riot.” The group was protesting the Stamp Act by fostering a raid on the home of Richard King, a wealthy Scarborough merchant who allegedly supported the stamp tax. King was father to William King, Maine’s first governor, and Rufus King, who played a large role in the creation of the first Constitution of the new nation.

Silas Burbank was convicted for his participation in the riot and imprisoned in the jail which once stood where the Portland Soldiers’ Monument now stands in Monument Square. There does not seem to be a record of how long he was detained.

By April of 1775 the rebellion against the British had erupted into full-scale war with the clashes at Lexington and Concord. Silas took his 2 sons, 13 year-old David (a drummer) and 11 year- old Eleazer (a fifer), and joined Captain John Rice’s company as a First Lieutenant. Rice was a merchant and innkeeper who lived near Dunstan Corner in Scarborough. Rice’s company was part of the 18th Continental Army and was stationed just outside Boston in Cambridge, Massachusetts.

Silas Burbank served under Generals Washington and Putnam while in Cambridge. According to one source, Silas became captain of George Washington’s personal guard and permitted to sit at the table with him and his higher officers.

A story of that time has been passed down through the family:

“One day at dinner, when Washington began to wait upon the table, he filled a plate and handed it to him first. He was surprised, blushed, hesitated, but finally took it. After he had recovered his self-possession, he began to think why Washington waited upon him first. He came to the conclusion that he looked eagerly at the food on the table (it being a boiled dinner of which he was very fond, and he was also very hungry, having been on duty the previous night, and had no breakfast) and that Washington observed it, and his tender care for his soldiers, prompted him to wait upon him before his higher officers, who had their regular meals. He loved Washington as a father, and often tears would start in his eyes at the mention of his name.” (From: Genealogy of Elisha Piper of Parsonsfield, Me. and his descendants… by Horace Piper, 1889. pg. 30-31.) 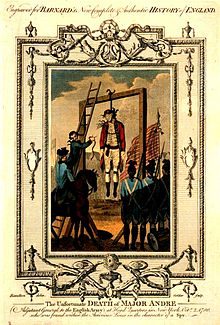 In August of 1776 they marched to reinforce Fort Ticonderoga. He joined Colonel Brewer’s regiment January 1, 1777 and was promoted to captain in July. This regiment was known as the 12th Massachusetts and also as the 18th Continental Regiment. In September and October of 1777 he took part in the battles of the Saratoga campaign and was there for the surrender of British General Burgoyne on October 17, 1777, the turning point of the war. In the winter of 1777 he was at Valley Forge and fought at the battle of Monmouth in June of 1778.

When British Major John Andre was caught and convicted of spying, Silas Burbank was one of the men chosen by General Washington to lead Andre to his execution. Andre was hanged on October 2, 1780 for conspiring with Benedict Arnold to defeat the American fight for independence.

The regiment was disbanded on January 1, 1781 at West Point, New York and that completed his service of 5 years, 8 months.

Silas Burbank turned to farming after the war. Around 1805 he and his son Samuel settled in Parsonsfield in the area where South and Cram Roads come together. The 1856 and 1872 maps show 2 Burbank houses in that area. Samuel had 11 children and when his brother David, who was living in Newfield, died in 1809, Samuel took in his 5 children, as well. 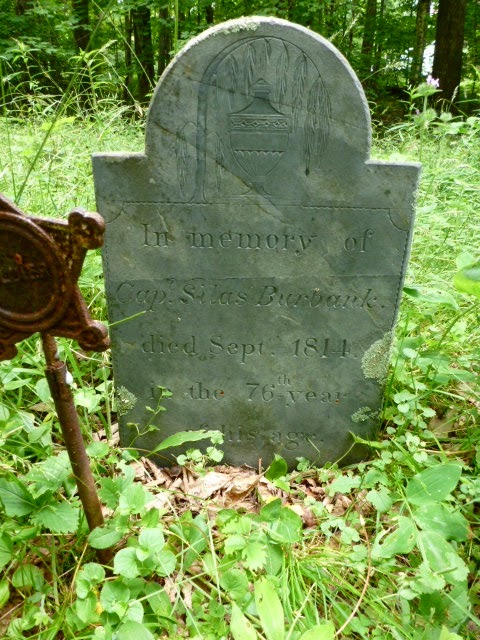 Eleazer Burbank moved north to Belgrade, Maine, and established another Burbank enclave there.

Silas died in 1814, aged 78. He is buried in the Burbank-Goodwin-Morrison-Pease Cemetery in Parsonsfield, just off the South Road and just south of where the Cram Road and South Road meet. He is there with several of his family members including his son Samuel, with whom he was residing at the time of his death.

With thanks to historian Linda McLoon who alerted me to this important resident of Parsonsfield.

Posted by Patricia Turner at 6:22 AM 3 comments: