Dr. Chellis invested in the future of Porter/Kezar Falls by building several buildings in the village.  He was responsible for building, in part or wholly, some nine buildings in the village in the 1870’s and 80’s.  In addition to having his own home built on Main Street in about 1870 Dr. Chellis built other houses including the homes of Mrs. Frank Lord, Edwin Weeks and also the old Record building where the “Oxford County Record” newspaper was printed (about where today's parsonage is located on Main Street).  The pictures below are some of the public buildings he built. All but one remains today. 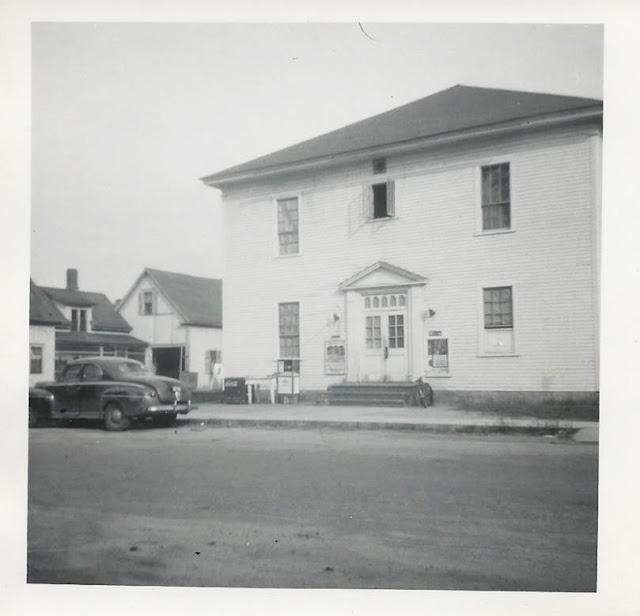 In about 1884 Dr. Edwin Chellis built this building near the corner of Main and Bridge Street and called it “Meionaon Hall”. It had a stage and was used for many public events including roller skating, basketball and moving pictures. The Town of Porter purchased it and held town meetings here. In 1940, about the time this picture was taken, it was sold to the Welch family who established the Playhouse Theater and showed moving pictures here until 1971. 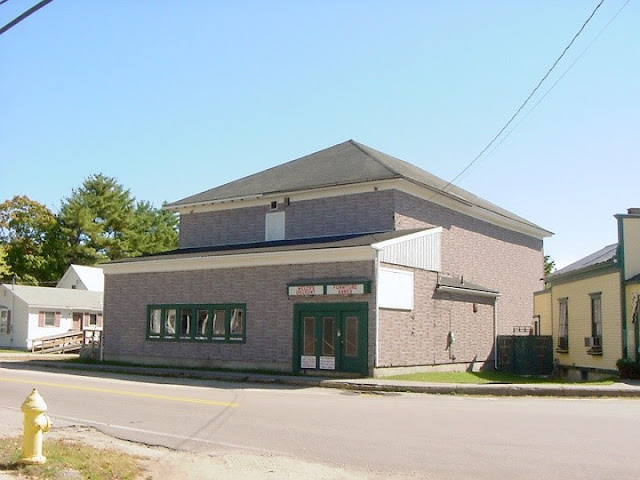 From 1971 until 2011 it was used as a warehouse for Welches Discount Store. 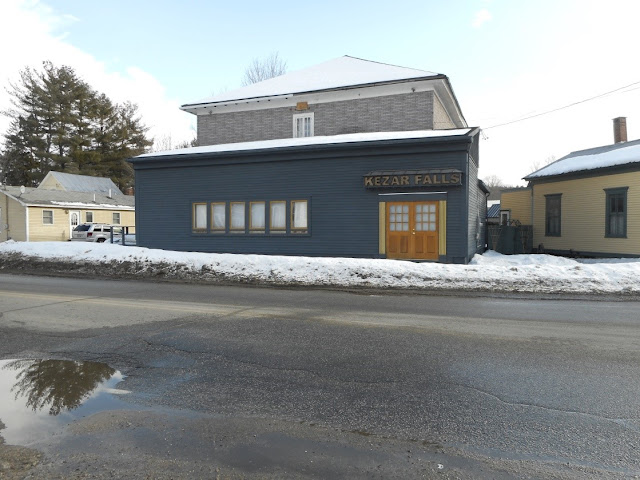 2012 it was purchased by Silas Hagerty who is renovating it. He has a sound studio here for his cinematography business and opens it to the public from time to time for movies, etc. 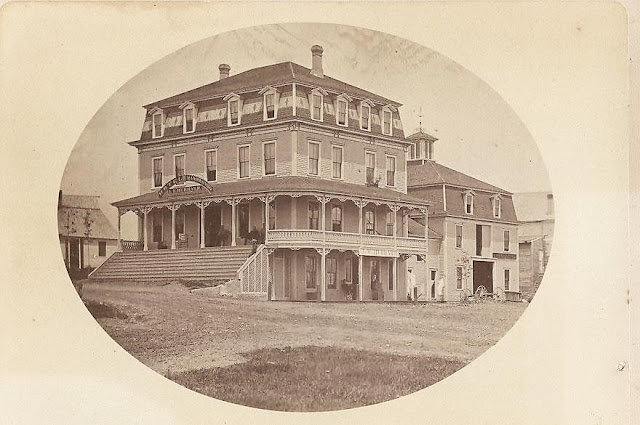 The largest and most impressive building that Dr. Chellis built was the “Manowando Hotel” on the corner of Bridge Street and River Street in 1885/86.  It changed hands many times over the years. 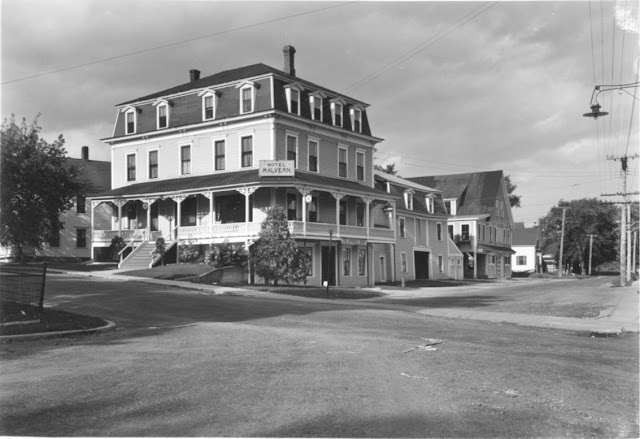 The name was changed to the “Hotel Malvern” and continued to serve the public for many years.  Unfortunately, it was burned to the ground in 1976. A small veterans’ memorial park occupies this site today. 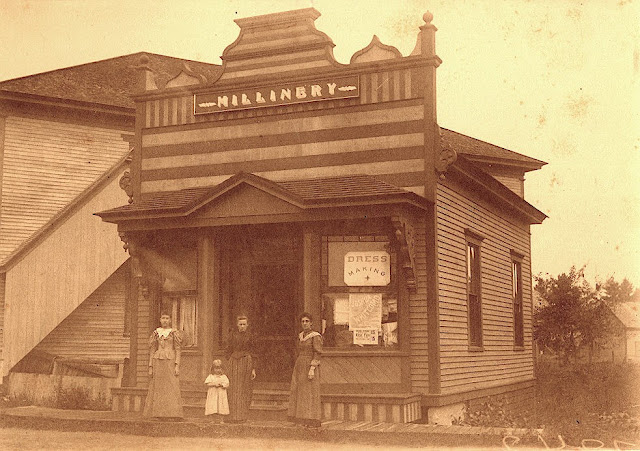 In 1886 Dr. Chellis built this small building next to the “Meionaon Hall” for his medical office. In 1892 he sold it to Florence Perkins for her Millinery Shop.  Shown here: Mary Palmer, Annie Weeks, Lizzie Weeks and Georgia Perkins. 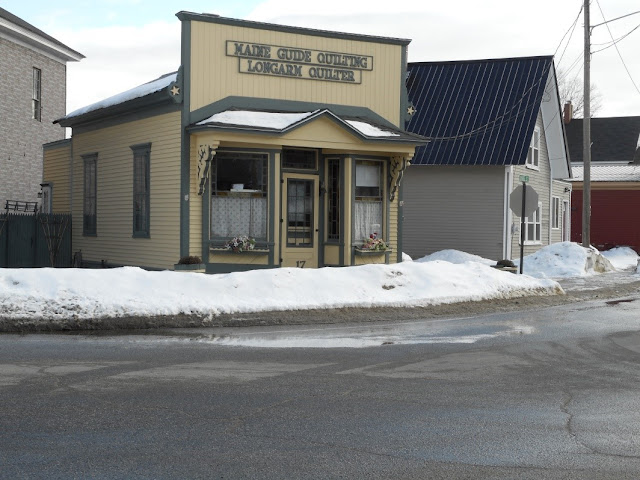 The Town of Porter owned this building from 1964 -1986 and had town offices here.  Today it is owned by the Howlands who have their quilting business here. 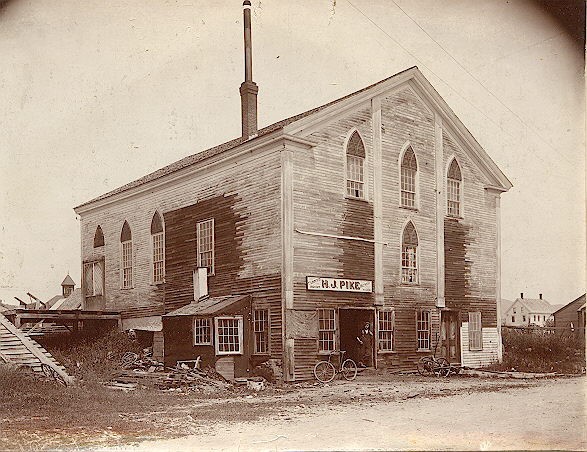 Dr. Chellis bought this former church building in 1887 and converted it to the “Village Hall”. It had been moved to this site on River Street in 1883. 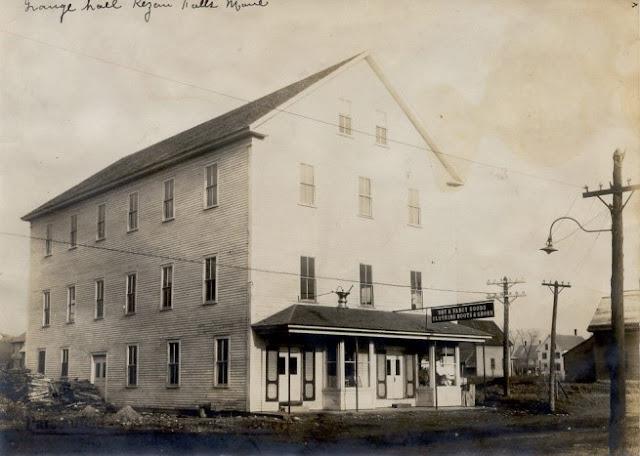 In 1908 he sold it to the Charter Oak Grange and stores were set up on the ground floor and various other businesses were located on the first floor.  It burned in 1924, was sold and rebuilt without the third floor. 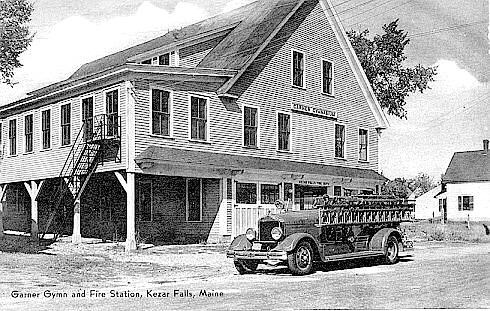 In 1937 Alan Garner purchased it to store wool for the woolen mill.  He then converted it to a gymnasium for Porter High School and located the fire department on the ground floor. 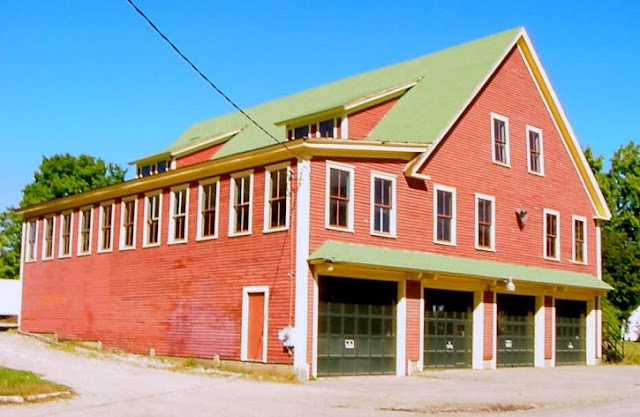 This is the building today.  It was used as an antique auction house for several years and currently stands empty.


Posted by Patricia Turner at 1:55 PM No comments: