The Parsonsfield-Porter Historical Society opening meeting will be on Saturday 25 April 2015 at the Porter Town Hall at 1 pm.  Officers will be confirmed so it is important that we have a quorum. The society has several interesting events planned for this year, one of which involves the Blazo School House in Parsonsfield!  Come and find out more.  Hope to see you there.

In back, Betty Ela who taught at the school.  Her daughter Marjorie Ela Stanley is on the left.  Girl on the right is Jane Lewis Hartford.

Posted by Patricia Turner at 7:57 AM No comments: 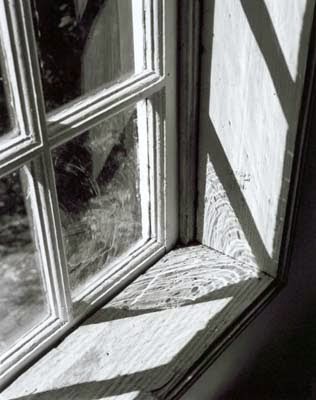 Photographer Paul Wainwright will give a talk about Colonial meeting houses of New England on April 15, 2015 at 1:30 pm at the Camp Clumet Conference Center.  The talk will be held in the center's dining room.

Wainwright is renowned for his beautiful black and white images of architectural facades, interiors and details.  This will be a very interesting talk.  Directions to the center:

Calumet is located on 1090 Ossipee Lake Road in Freedom literally on Ossipee Lake!  From Porter just take Route 25 to Rt 153. Turn right on 153.  Go a mile or so and turn left on the Ossipee Lake Road. Go about 5 miles and the Conference Center is on the right hand side of the road.
Posted by Patricia Turner at 5:53 AM No comments:

Interior Views of the Businesses in Kezar Falls - Part Two 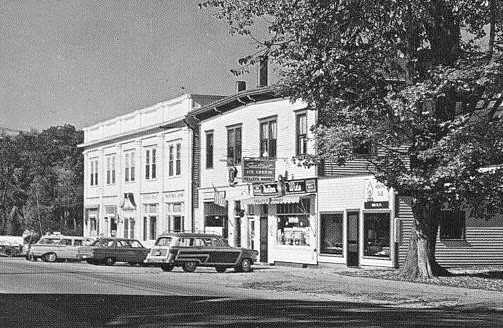 The Kezar Falls National Bank was started by George Towle and Allen Garner in 1910.  In 1937 the top floor of the building was destroyed by fire and was rebuilt without it as shown in the photograph on the right.  The bank occupied the first floor except for a small store at west end and continued until it merged with Maine National Bank in 1972.  It merged again with Fleet Bank and then Bangor Savings Bank in 1996.  Bangor Savings sold the building and moved to Cornish.  The interior views here were taken when the bank was renovated after the 1937 fire.  Today most of the building is unoccupied.  The Bank Vice-President/Cashier, Orman Stanley, is behind the counter. 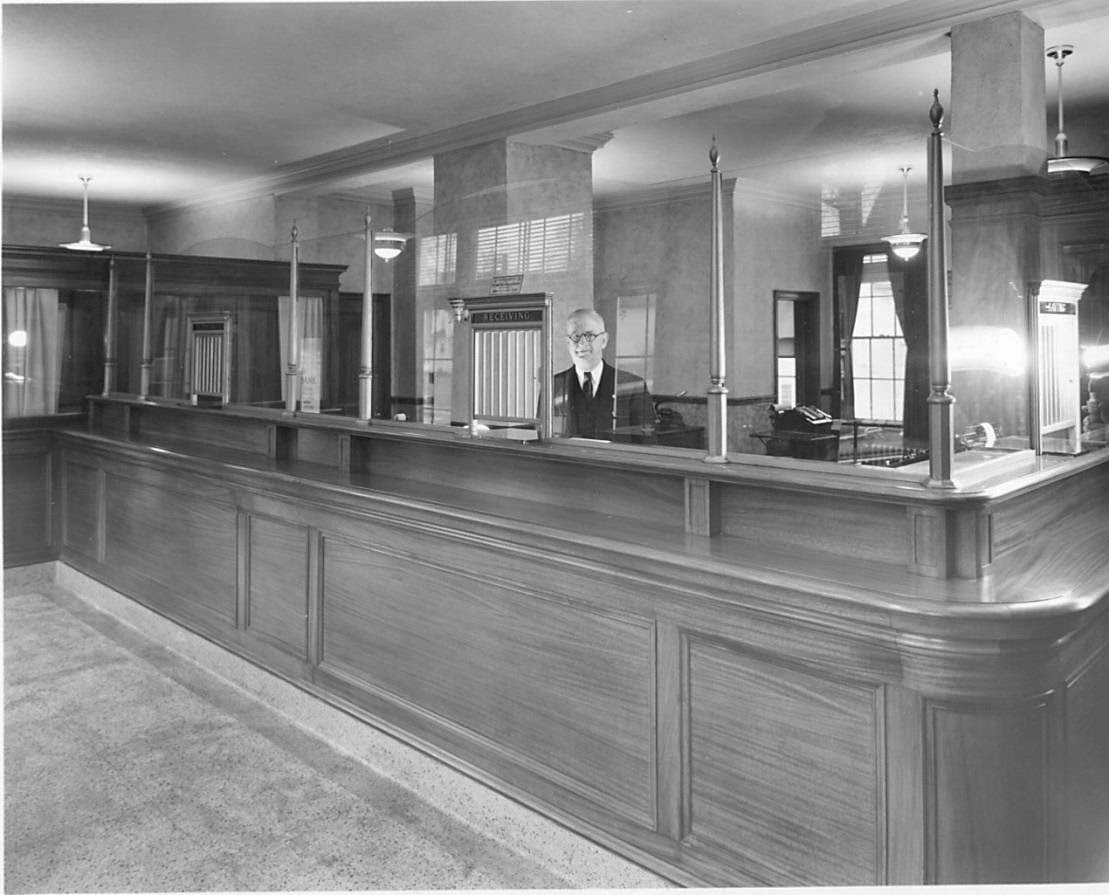 You may recognize the table on the right below.  It is now in the History House and holds our guest book! 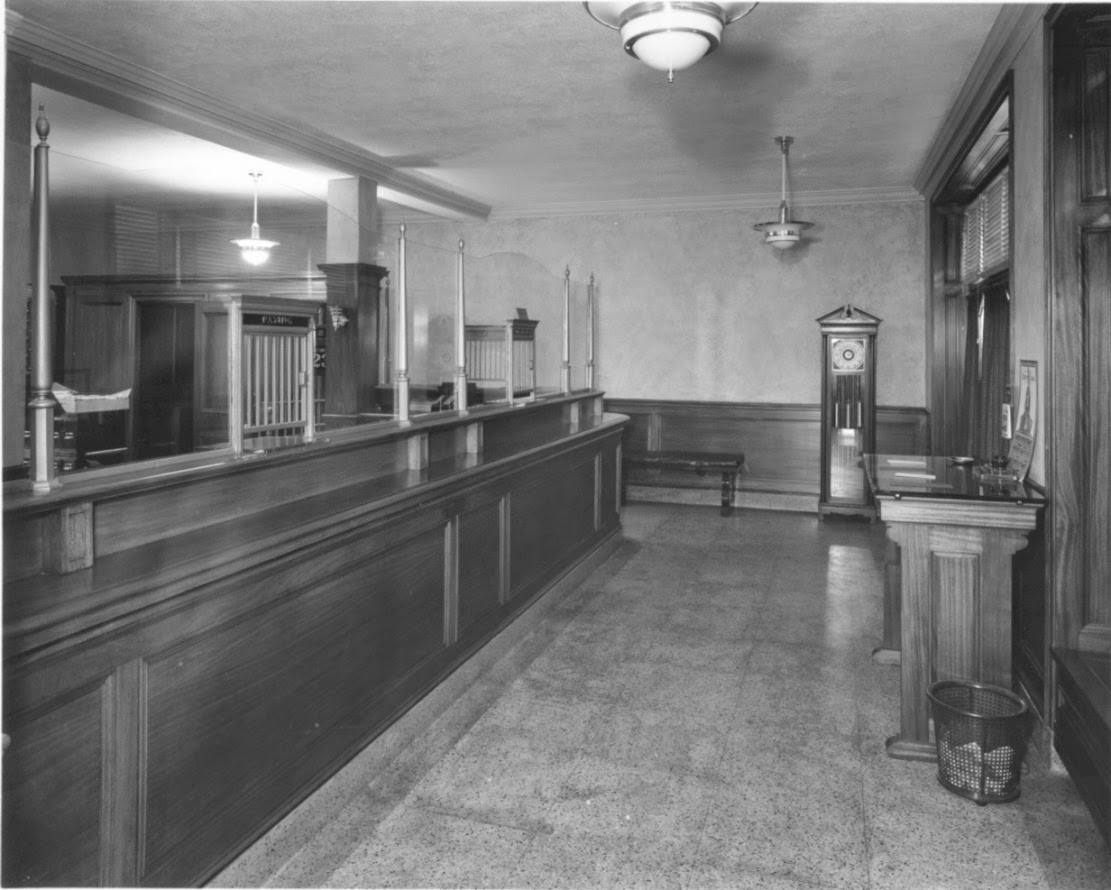 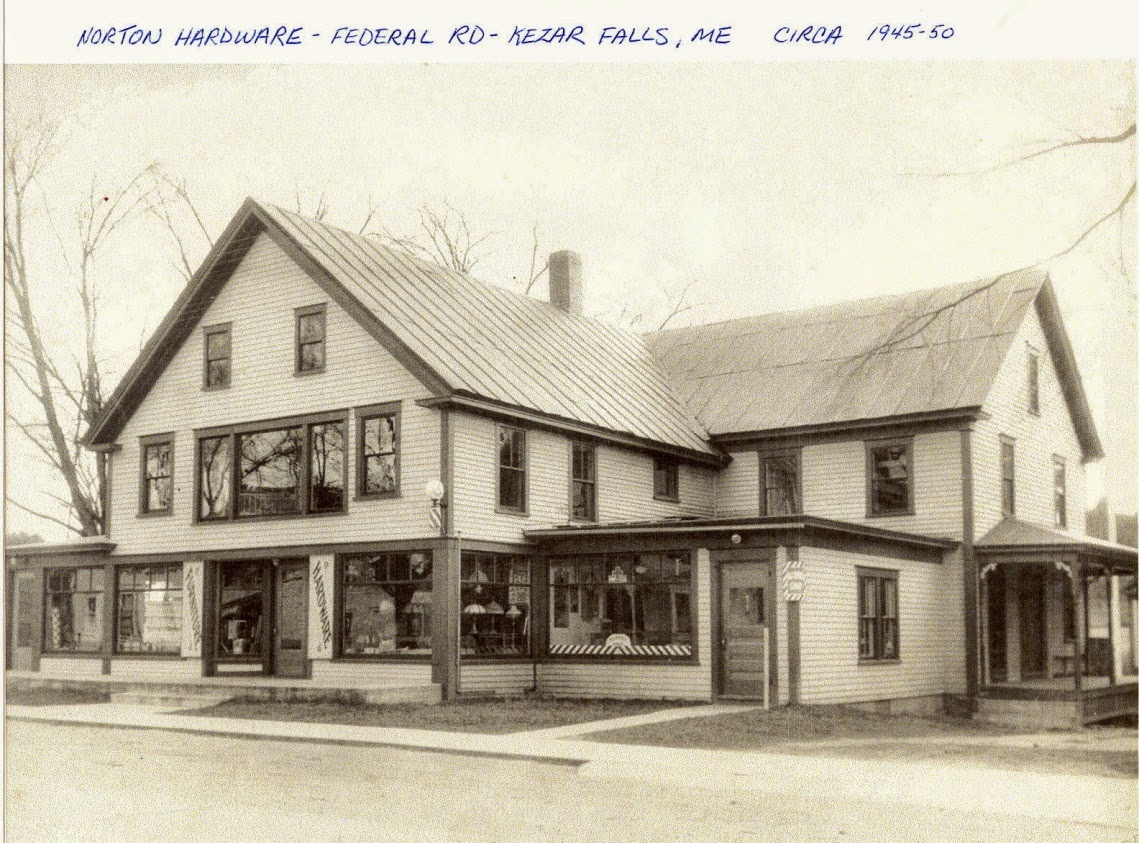 Norton Hardware was located in a very old building on Federal Road in Kezar Falls Village diagonally opposite the Kezar Falls bank building.  It was there in the mid-1800’s as Sutton Edgecomb’s grocery and hardware store.  It changed hands several times until Will Norton bought it in 1908.  Neil Hamilton and Clarence Sawyer took over the store in 1932.  At that time it expanded to include a small Five & Dime store at one end and Frank Shaw’s Barber Shop on the west side. The Hamiltons had an apartment on the second floor.  Roger Stanley and Charles Mitchell purchased the property about 1957 and ran a hardware and propane business here. They rented two apartments on the second floor and a laundromat took over the barbershop on the west end.  In 1989 a fire destroyed all but the floor and front wall on the first floor.  It was rebuilt as a one story building.  Greg Shick purchased the building in 2000.  It was sold again in 2013 and continues as “Kezar Falls Hardware” today.   The exterior picture below was taken circa 1940’s.   The interior picture was probably taken in the mid to late-1930’s and shows Clarence Sawyer and Neil Hamilton. 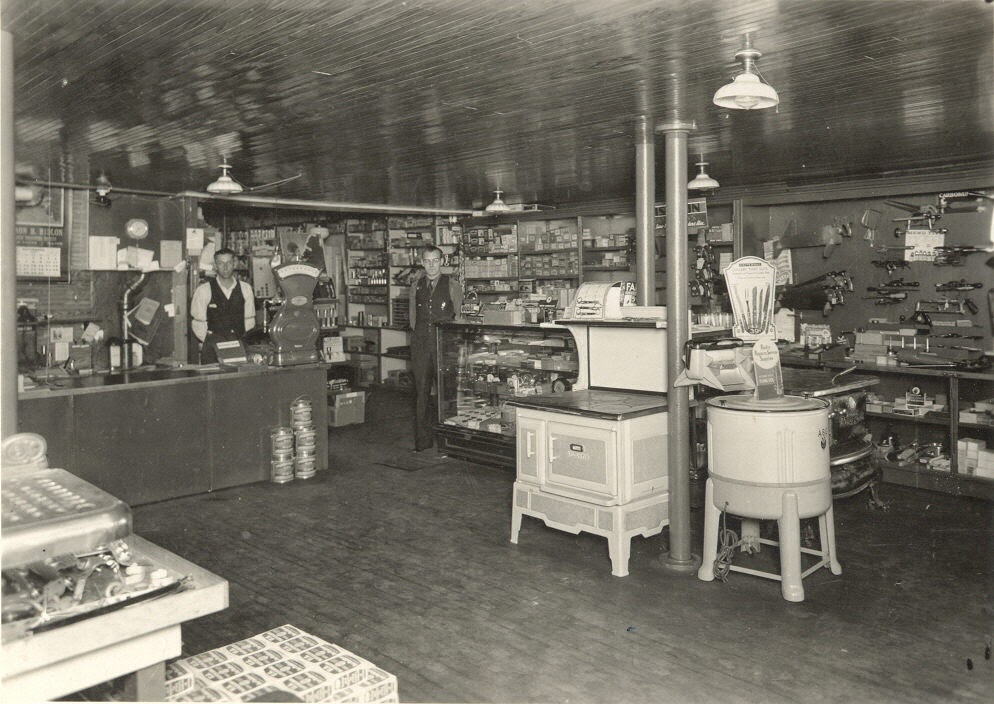 Also shown in the Norton Hardware photo is the barber shop ran by Frank Shaw.  Notice the barber pole by the small addition on the right side of the picture.  The interior picture here shows Frank Shaw in the center, the other barber is unidentified.  Any ideas?  Frank died in 1952 at the age of 61. 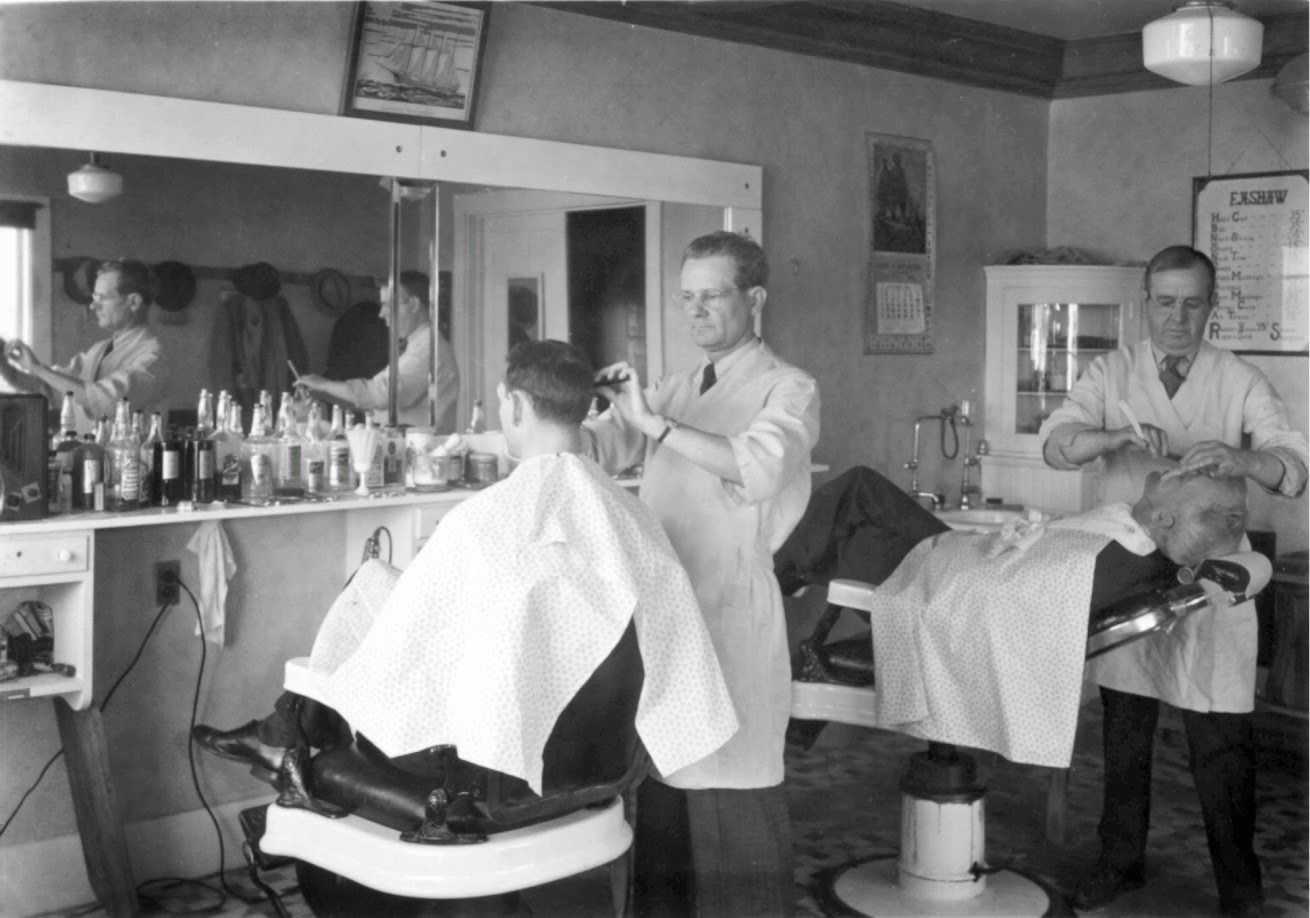 Posted by Patricia Turner at 7:23 AM 3 comments: