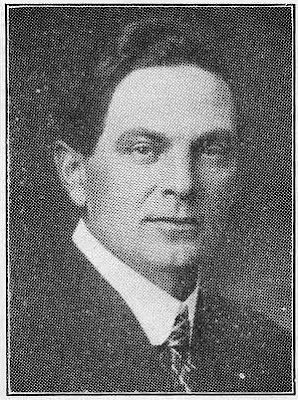 Mr. Granville served his community in many ways.  He was on the Par Sem Board of Trustees starting in 1915 and was vice president and chairman of the executive board for 20 years.

In 1908 he, with J. Merrill Lord and Frank Fenderson, founded the Sokokis Lumber Company on the Ossipee River in Kezar Falls where he served as treasurer and then president for many years.  At that time he was a Director of the Limerick National Bank.

Mr. Granville served for several years in both houses of the Maine State Legislature during which time he sponsored the bill creating 3rd class roads and led the battle for the first gas tax measure.  He was keenly interested in farming and road building.  He was also active in the local fraternal organizations: Drummond Masonic Lodge in Parsonsfield and the Knights of Pythias in Kezar Falls.

Posted by Patricia Turner at 6:25 AM No comments:

J. MERRILL LORD – OUTSTANDING CITIZEN & ONE OF THE FOUNDERS OF THE SOKOKIS LUMBER COMPANY IN KEZAR FALLS. 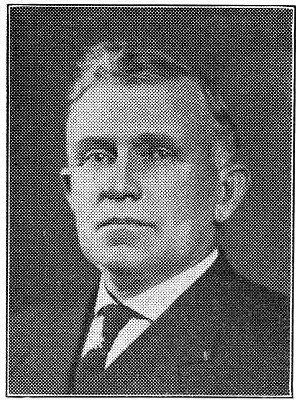 J. Merrill Lord was a man of wide interests.  By profession he was a lawyer specializing in real estate law and law related to the developent of hydroelectric power.   He was a pioneer in the development of the telephone system in Maine, founded an insurance company and owned and managed a large apple orchard farm and a lumber mill.  Business did not absorb all of his energy, for he was a member of the State House of Representatives in 1906 and served in the State Senate in 1917 and 1919. He was a member of several local fraternal organizations and took an active part in all phases of community life.

John Merrill Lord was born in Parsonsfield, Maine on March 29, 1866, the son of Daniel and Josephine (Merrill) Lord. He attended Parsonsfield public schools and graduated from Parsonsfield Seminary.  In 1891 he graduated from Boston Univisity Law School and taught law there for two years.   He then returned to Parsonsfield because of the ill health of his parents and commenced his law practice, later to be known as Lord & Fenderson, which he continued until his death.  Upon the death of his mother he became owner of  the 235 acre farm which he devoted entirely to apple orchards. He retained interest in this farm run by his sons under the firm name of J. Merrill Lord & Sons.
About this time he built the first telephone in Parsonsfield, a single wire connection between two private homes, and was instrumental in the formation of the Ossipee Valley Telephone Company, which he later sold to the New England Telephone Company.            In 1899, in partnership with Frank D. Fenderson, he founded an insurance company known as Lord and Fenderson which continued until  1901 when Mr. Lord took over the entire control of the company which he directed until the time of his death.  He sons continued to carry on the business.

In 1908 he founded the Sokokis Lumber Company in Kezar Falls in association with Harvey D. Granville and his law partner, Frank Fenderson.  This company continued for many years long after his death.  He married Sarah May Churchill, and they became the parents of five children: Theresa, Frank W., Myron O., Daniel B., and Phyllis Evelyn Lord.      Mr. Lord passed away February 28, 1920 at the age of 54.
Posted by Patricia Turner at 7:51 AM No comments: