The Dr. Bennett House, Parsonsfield - Then and Now 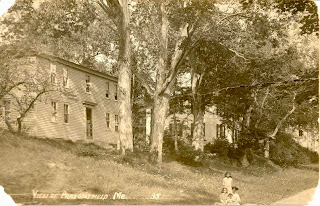 This home, located on the north side of Middle Road in the village, was once the home of Dr. Gilman Lougee Bennett who married Hannah Merrill, daughter of Hardy Merrill.

Dr. Bennett settled here at Middle Road about 1833 and was identified as the owner on both the 1856 and 1872 map. He died in 1872. His wife survived him and presumably continued to live here.

The house was also known as the Merrill house, but it is not clear which Merrill it refers to.  In about 1930 the house was purchased by Herb and Helen (Mellish) Peers and the Penek family purchased it from Helen in 1964. 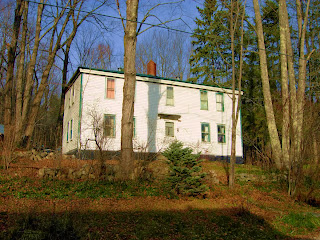 The house at 776 Middle Road is now owned by Greg Penek. He and his wife still live here.
They have retained many of its original interior architectural features.
Posted by Patricia Turner at 2:02 PM No comments: